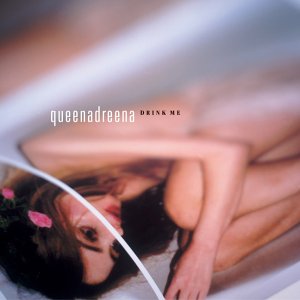 I saw this band once at the Wedgewood Rooms in Portsmouth, I was a fan of Daisy Chainsaw so thought it would be cool, needless to say it wasn't. The band were pissed/high/both.. not a bad thing of course but it made for an interesting hour or so

Drink Me was released in 2002 album by Queen Adreena. The band had switched labels from Rough Trade to One Little Indian and this album has fallen out of print and has become somewhat of a collector's item to new fans of the band.

The original British pressing of the album featured a controversial hidden image in the jewel casing. One Little Indian records have stated that there are currently no plans to re-release the album so here you go... 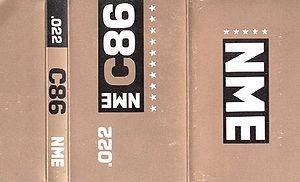 And in the beginning there was C86

C86 is a cassette compilation released by the British music magazine NME in 1986, featuring new bands licensed from British independent record labels of the time. As a term, C86 quickly evolved into shorthand for a guitar-based musical genre characterized by jangling guitars and melodic power pop song structures, although other musical styles were represented on the tape. In its time, it became a pejorative term for its associations with so-called "shambling" (a John Peel-coined description celebrating the self-conscious primitive approach of some of the music) and underachievement. The C86 scene is now recognized as a pivotal moment for independent music in the UK, as is recognized in the subtitle of the compilation's 2006 extended reissue: CD86: 48 Tracks from the Birth of Indie Pop. 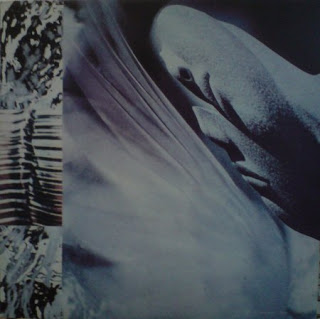 Submarine is the debut album by the Irish rock group Whipping Boy, released in July 1992 on the Liquid Records label.The album used shades of early Sonic Youth and Post Punk Rock along with Ian McCulloch vocal styles in places. Blending music stylings of My Bloody Valentine and The Loop with same kind of drone rock as Spacemen 3. 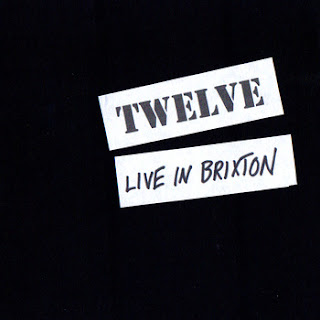 Email ThisBlogThis!Share to TwitterShare to FacebookShare to Pinterest
Labels: twelve 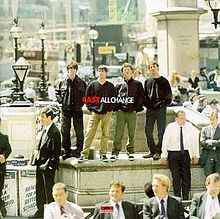 Following the demise of The La's (some would call it self-destruction) John Power dusted himself off and formed Cast.. As with the majority of bands who emerged during the Britpop era Cast hark back to the Sixties of the Merseybeat, Carnaby Street, Haight-Astbury, Greenwich Village and Woodstock. They take a pinch of this and a taste of that, add a small amount of originality and, hey presto, a guarantee of a hit in an environment that saw the record buying public almost totally ignorant of their musical sources. In some respects it's easy to understand why Cast are Britpop's perennial whipping boys. The lyrics are as simple as a nursery reading book, the rhythms never raise themselves above a constant jogging pace and the guitars are strummed using only the basic of chords.

Fresh from the La's John Power turned front man and put together a group for his songs and frankly i'm glad he did. Pure pop riffs that grab you by the accompanied by storming guitar work and tunes that many an inferior but more successful bands would die for..If John Power had had a loudmouth, attention seeking brother with a big voice, Cast might have been hailed as the best band since The Beatles? All Change showcased John Power to be one of the best songwriters of the 90's. Power had served his musical apprenticeship under the now legendary Lee Mavers while bass player for The La's. however although Cast could match their contemporaries in songwriting one thing they couldn't match Blur, Oasis etc in was newspaper column inches. This was probably due to the fact that Power was never the kind of frontman that could captivate an audience but more came across as a guitarist playing rhythm guitar.

The story goes that despite not having a ticket to an Oasis gig at a Liverpool venue John Power convinced the club owner to let him in to meet the band. John Power found that Noel Gallagher was a huge fan of The La's (he has in fact stated that Oasis' goal as a band was to complete what the La's had started) and after playing a copy of Cast's demo tape the Gallagher brothers asked him to support the band on a forthcoming tour along with Shed Seven. It was during this tour that Polydor showed their interest in signing the band, which the band duly accepted. Their first single "Finetime", released at the height of the Britpop movement in 1995, proved a successful debut. This success was followed up by "Alright" showcasing a distinctive sound very similar to The La's. But when the band then released their debut album All Change it showcased a more diverse range of music than the two singles: psychedelic rock, guitar-tapping, heavier power-chord based songs, and slow-paced ballad songs. This album would produce three top ten hits for the band in "Sandstorm" (#8) "Walkaway" (#9)."Alright" (#13). The album shot to #7 in the UK, and went platinum. But the band never achieved anything else but attaining cult status. A stand-alone single was released in titled "Flying",(#4) which filled the void between the band's debut All Change and their follow-up Mother Nature Calls. ".

This is a nice little up beat album for lazy summer afternoons, its not a classic because there are too many fillers on the album but after one listen the songs that shine (The singles) will irritating stay in your head for days. If John Power was a more dynamic front man these guys could have been huge. Along with Shed Seven they are however undeservedly one of the lesser acclaimed bands of the era who have some how disappeared into musical obscurity.

Email ThisBlogThis!Share to TwitterShare to FacebookShare to Pinterest
Labels: Cast 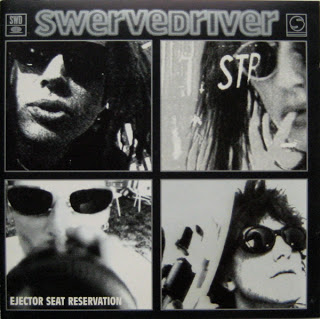 Creation Records released Ejector Seat Reservation in April 1995 and then dropped the band one week later. A Japanese version was sold in Canada in 1995. Early UK promo pressings featuring additional track "It's All Happening Now" were withdrawn (given away to fan club members) after permission was denied to use lyrics lifted from Bob Dylan's "It's All Over Now, Baby Blue". Ejector Seat Reservation was never officially released in the U.S., though it was reissued on CD in 2003 by Sony International. It received little to no record company support and ended up being their poorest-selling album. This began a protracted period of record label problems for the band.


Swervedriver emerged in the indie band boom of the late '80s and early '90s that spawned the likes of Ride and The Boo Radleys (both eventual fellow Creation acts). This was a time when dodgy haircuts and FX pedals held sway and Swervedriver were pretty keen on both. I have fond memories of being introduced to the early single 'Son Of Mustang Ford' by an indie-loving friend of mine. Their first album (Raise) was FX heavy and the second, Mezcal Head, was much the same: quite heavy on the guitars and psychedelic shapes. Not that that's necessarily a bad thing, my biggest criticism probably being that the album as a whole lacks the quality of the best tracks ('Duel', 'Last Train To Satansville' and 'A Change Is Gonna Come').
That was set right with this album though, and in my humble opinion, the result of something of a classic. From the pretty, cinematic curio that opens the album ('Single Finger Salute') to the final Beatles-on-heavy-chemicals hidden track, 'Burning Heart', this is a great piece of work.

There was always the aforementioned psychedelic slant to Swervedriver's music, but this really seems like the album where they fully indulged their kaleidoscopic musical vision. The production of the album is quite sympathetic, possibly surprisingly so given that it's by Alan Moulder - indie producer of choice circa 1991 - a man responsible for some pretty dour sounding music. Here though, he gets the best from pretty songs like 'Bubbling Up', allowing the band's swirling psychedelia to take the song away from its more conventionally poppy structure. The title track itself is a more straightforward affair: a relatively simple rhythm propelling it along with a chirpy guitar part giving it an uplifting melody to accompany the droll, stream-of-consciousness lyrics. Not quite rock, not quite pop, not quite full-blown psychedelia, it's one of the best things they ever did.

There are plenty of other highlights: the shuffling pop/rock of 'The Other Jesus', the dry cynicism of 'I Am Superman' and the lovely melancholy of 'Last Day On Earth', a song that combines gentle beauty and grace with epic rock grandeur. It's the sound of a band on top of their game. But then, the whole album gives that feeling. It's still heavy on the guitars and FX pedals, but the touch is lighter, yet more assured, than on previous albums, making for a prettier record, but one that hasn't lost the sense of the band's essential identity.

This album came out in 1995, the same year as The Bends by Radiohead, an acknowledged classic. Ejector Seat Reservation doesn't suffer by comparison. It's an accomplished record, and if you like The Bends then there's every chance you'll like this too. And if you enjoyed the work of The Boo Radleys or The House Of Love, or even the earlier Pink Floyd, then you should really enjoy this.
If you want something a little different but packed with quality and interesting twists, you should give this a go.


Single Finger Salute
Bring Me The Head Of The Fortune Teller
The Other Jesus
Son Of Jaguar 'E'
I Am Superman
Bubbling Up
Ejector Seat Reservation
How Does It Feel To Look Like Candy?
Last Day On Earth
The Birds
Plan 7 Star Satellite 10
Silence
Flaming Heart

Ian
Music on this blog is for evaluation purposes only, support artists featured on this blog by buying their original material from a record shop or by mail order directly from the artists.If you are an artist and you don't want your music to be posted here please send me an e-mail and it will be removed immediately